Cincinnati, OH:
Big Media Creative, a leading video content agency in Cincinnati, is pleased to announce the addition of Alexander Elkins as partner and Director of Production.

Alexander has worked in the feature film, commercial, and music video industries for almost a decade, bringing a wealth of experience and knowledge to his new role at Big Media. In the feature film world, Alexander was 2nd Unit Director of Photography for the Amazon original action movie ‘Boss Level’ and he has acted as camera operator on the movies ‘Cop Shop’, ‘Wrong Turn’, ‘Haunt’, and many others. He has shot countless music videos for national recording artists like Twenty One Pilots, Beartooth, and Red Sun Rising. As a commercial cinematographer, he has crafted visuals for Old Spice, Ivory, Deep Eddy Vodka, John Frieda, and The University of Cincinnati. 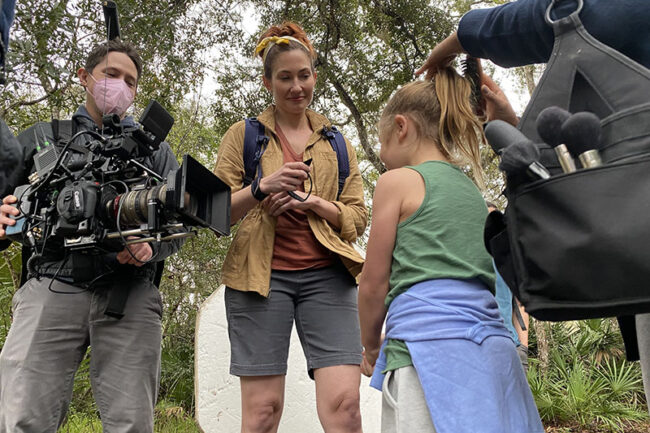 "I’ve known Alex for almost 10 years, and our paths have finally converged! He is a true fanatic for the craft and I am so thrilled to have him as a new partner at Big Media. He is at the top of his field and adds a critical piece to Big’s ability to make the best content for our clients. Through branded storytelling, animation, film, and music videos, we are going to make a huge impact in the industry. At Big, we’re all storytellers at heart and Alex’s experience in the feature film industry is only going to help strengthen that core aspect of the company. It’s going to be beautiful and self-fulfilling all at once! I couldn’t be more excited for what’s to come!"

"I’m incredibly happy to join forces with Adam and everyone at Big Media. Adam and I have always shared similar goals, so it just seemed natural to further our existing working relationship into an even greater partnership. Big Media has been doing great work, and growing, for many years, and we’re going to continue that trend moving forward. I’ve spent the last 10 years working on movies, music videos, and commercials… building a visual style. I’m very excited to bring that past experience to work at Big and to all of our client projects moving forward. I couldn’t be happier to call Big Media my new home."

About Big Media Creative:
Big Media was founded with a singular vision: to operate with that feeling you had as a kid, when anything was possible. You were unstoppable and your imagination had no boundaries.

Our focus is on developing meaningful relationships with like-minded agencies, companies and individuals in order to make an impact on how people think about brands, services, and entertainment. What began as one man in a basement, has grown into a lean, creative powerhouse team that utilizes a wide variety of in-house talents and an extensive network of contractors to deliver high-end visual media for every outlet.